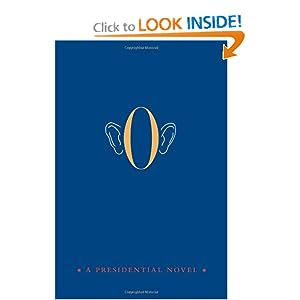 It was during the 2008 presidential race that author Christopher Buckley’s delightful novel, Supreme Courtship, was released. Presciently, in the book, he had pitted two characters against each other: a senator who had run for president, served as chairman of the Senate Judiciary committee, and who “just couldn’t shut up,” against a “glasses-wearing, gun-toting television hottie.” Months after the novel was conceived, Governor Sarah Palin turned out to be a nominee for Vice President running against then Senator Joe Biden. It truly was a case of life imitating fiction, Buckely later recalled in an interview. “I am announcing my retirement from satire,” he joked.

This “anything can happen here, it’s Washington” attitude also permeates a much buzzed about new novel, O, by a Washington insider who prefers to remain anonymous.

The rest of the review is here.
Posted by Booksnfreshair at 10:43 AM