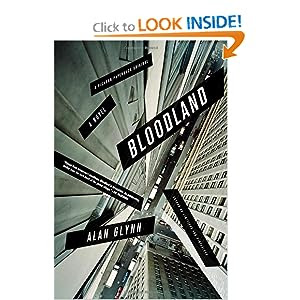 
Alan Glynn is fast becoming my new favorite crime writer. His cerebral yet fast-paced thrillers are exhibit A in how to spin a great story with a taut pace. In his latest book, Bloodland, the scale of intrigue and corruption is on a grand scale. The story spans three continents--Europe, North America and Africa.
The rest of the review can be found here.
Review copy courtesy of publisher through Netgalley.

Posted by Booksnfreshair at 1:56 PM No comments: 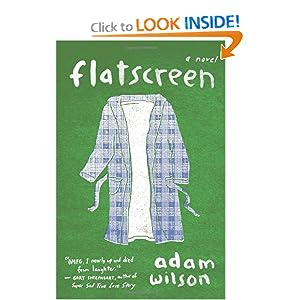 Excerpt
It is no surprise that Eli Schwartz’s anthem is Kurt Cobain’s “All alone is all we are.” Because that is precisely who Eli is--a twenty-something lovable loser in Quinosset, Massachusetts, who really should be attending college but instead whiles away his hours doing nothing but drugs and soaking in “culture” from his flatscreen TV.
The rest of the review can be found here.
Thanks to Netgalley for a copy of the galley.
Posted by Booksnfreshair at 5:32 AM 1 comment:

Review: The Power of Business: Why we Do What We Do in Life and Business by Charles Duhigg 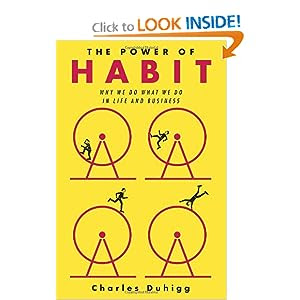 The name hydroxypropyl beta cyclodextrin might not readily ring a bell. Nor, possibly, its acronym HPBCD. But as Febreze, the product and its spinoffs easily generate a billion dollars in sales for the parent company, PPG. It is interesting to note then that such a wildly popular product got off to a rather shaky start. When first invented HPBCD’s primary purpose was to neutralize obnoxious odors. PPG decided to call in a veteran leader, Drake Stimson, to market and sell the product to the masses. Unfortunately as PPG’s team soon discovered, Febreze didn’t sell well when pitched as an agent to get rid of smells. For one thing, people whose houses smelled the most did not even realize they did. They had fallen into—a habit. These people assumed that the smell they smelled was nothing out of the ordinary, even if others could easily gag on it. So how then to market the product? To do so, PPG would look at what is known as the “habit cycle” and figure out what drove consumer desire.
In his entertaining and informative book, The Power of Habit, Charles Duhigg, a New York Times reporter, sketches out the elements of a habit cycle—the cue, the routine and the reward. All habits start with a cue, a trigger that sets off the habit. The routine is the action performed to sustain the habit while the reward is the goal that drives it. Years ago researchers also found that cravings are what make the habit loop work. The craving can take any form: to provide distraction to a nail-biter or a sugar rush for a chocoholic.
When applied to the Febreze example, researchers found that consumers used the product more readily when done so at the end of their cleaning routines. In other words, consumers were more likely to use Febreze as a final touch to a cleaning routine over usage to neutralize odors. PPG jumped. It created commercials showing consumers spraying Febreze on clean and well-made beds, to add a whiff of clean scent (the craving) to a well-established routine. In other words, PPG introduced a new craving that drove millions of consumers’ established cleaning habits. It introduced a new (and profitable) variable in the habit cycle and sales skyrocketed.
Using varied examples from hospital settings, homes, Superbowl games, corporations and even entire societies, Duhigg shows us how habits drive most of the major actions we take every day. “As long as your basal ganglia is intact and the cues remain constant, the behaviors will occur unthinkingly,” he writes. He shows how Super Bowl winning coach Tony Dungy, broke the habit loop of his team to win and how such techniques can be used to conquer other distressing habits such as nail-biting.
The most compelling reads in The Power of Habit are when Duhigg shows us how big corporations analyze consumer-buying habits to generate huge profits. One particular chapter devoted to the mechanics of Target and its focus on pregnant women, is particularly incisive.
Where the book might sag for the average reader is when it looks at examples set in large companies such as Alcoa and Starbucks. Duhigg explains that the habits formed by entire corporations can also be manipulated or broken, and while this is certainly true as his cases prove, these chapters feel less engaging than the rest.
But The Power of Habit succeeds at showing us how easily habits drive everything we do and how we can possibly break those annoying and often, frustrating habits. Habits drive everything from which songs you listen to the radio (and when) and which shopping fliers you get in the mail. Most satisfying of all is the fact that while old habits might indeed die hard, there is some comfort in the fact that they can, eventually, die.
Thanks to Shelf Awareness for a free galley of this book.
Posted by Booksnfreshair at 4:51 AM No comments: 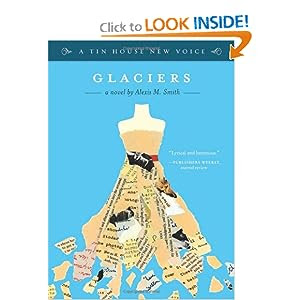 , Alexis Smith’s marvel of a novel, the protagonist, Isabel, points out that there is much joy to be found in the mundane:


It’s a strange product of infatuation, she thinks. To want to tell someone about mundane things. The awareness of another person suddenly sharpens your senses, so that the little things come into focus and the world seems more beautiful and complicated.

In her debut novel, Alexis Smith shines light on these “little things,” thereby transforming Isabel’s world into something more beautiful yet complicated.

The rest of the review is here.
Posted by Booksnfreshair at 4:46 AM No comments: 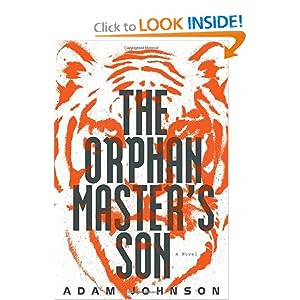 Timing matters. Two years ago, a spectacular book movingly described conditions in repressive North Korea. The stunning Nothingto Envy was nominated for the National Book Award but despite critical acclaim, the book sadly didn’t make any inroads onto the best sellers lists. Now two years later, a work of literary fiction, The Orphan Master’s Son, is here to make amends. It helps things along that the book so happened to be released right around the death of the country’s longstanding dictator, Kim Jong Il.
The rest of my review can be found here.
Thanks to Netgalley for giving me access to a copy of the book on my Kindle.
Posted by Booksnfreshair at 9:29 AM No comments:

Head in the Sky

I remember being in love with clouds even as a child. Probably because staring up at one made you reflect about your own insignificant place in the world.

Then I read this book and this, and now I'm obsessed. I stare at the sky all the time truly enraptured by nature's wonder in creating these gorgeous pillowy creations. To me, clouds' ephemeral nature, their very transience, make them especially appealing. 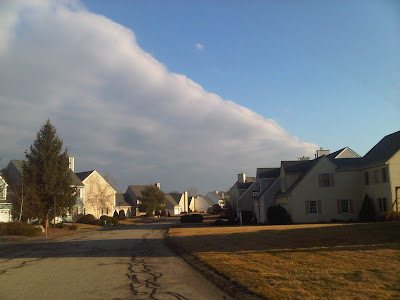 I spotted another beauty today. If I have it down right, she's an arcus, cumulonimbus. The demarcation between the cloud and the clear sky is remarkable--it's almost like an army invading a town. Minutes later, the sharp "arc" in "arcus" had disintegrated. So I am happy I got the shot I did and grateful for Sudheer who took this picture and who indulges this obsession of mine (and many others) every day.

If you're interested in cloud-spotting, consider checking out The Cloud Appreciation Society.
Posted by Booksnfreshair at 1:38 PM No comments: