To Rise Again at a Decent Hour by Joshua Ferris 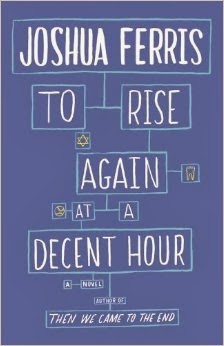 Here’s the thing: you can follow a daily algorithm -- from home to work to play and back. But what if these neat compartments don’t together amount to an all-encompassing “everything?” This is precisely the question that haunts dentist Paul O’Rourke. When an online alter-ego masquerades as Paul, it upends his life philosophy. The story loses some of its punch when it wades into murky waters but Joshua Ferris’s pitch-perfect ear for dialog and trademark humor shine. As Paul looks for resonance in all the “noise,” you realize: if there was ever a story for our times, this is it.

A longer review of this book will be published at mostlyfiction.com. Thank you to the publishers for an ARC.
Posted by Booksnfreshair at 2:17 PM No comments:

Email ThisBlogThis!Share to TwitterShare to FacebookShare to Pinterest
Labels: Joshua Ferris, Literary Fiction, To Rise Again at a Decent Hour

An Unnecessary Woman by Rabih Alameddine 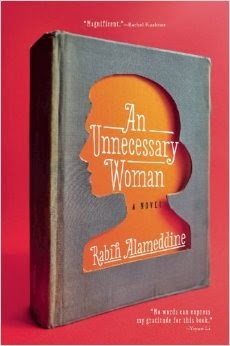 A rocky childhood devoid of much love and a failed marriage behind her, 72 year-old Aaliya Sohbi leans on literature as a reliable crutch, translating great works into Arabic. Having grown up in war-torn Beirut, the Lebanese woman is a unique product of her time and place. Yet her everyday travails (sometimes overloaded with literary metaphors) and quest to find meaning even in the fading days of her life is a narrative that is universal in its appeal. The laser-cut silhouette on the cover of Rabih Alameddine’s novel is not just Aaliya Sohbi -- she easily could be every woman.
Posted by Booksnfreshair at 5:13 AM No comments:

The UnAmericans by Molly Antopol 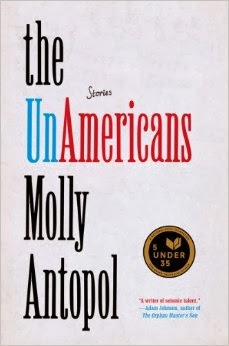 Willow, the tight constraining font used to grace the cover of The UnAmericans is a perfect fit for the rigid social constructs under which the characters in Molly Antopol’s powerful debut operate. The forces of Communism; of displacement; of religion; all cast large shadows here as does, yes, America. Raised in a Jewish family under the shadow of McCarthyism, Antopol’s stories show that while history’s reach is large and immeasurable, it is, in the end, its effect on more familiar interpersonal ties and commonplace drives that leads to our potential unraveling. These are wide-ranging, hard-hitting stories from a writer to watch.

A longer review of this book will be published in the February 19 issue of The BookBrowse Review. Thank you to the publishers for an ARC.
Posted by Booksnfreshair at 1:06 PM No comments: 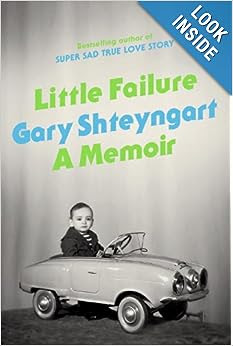 The only child of Russian Jews, Gary Shteyngart travels from a shaky asthmatic beginning in St. Petersburg as Soplyak or Snotty to middle-class comfort in New York. While tales of immigrant angst abound, Shteyngart is especially skilled at exposing the layers of heartbreak under his polished veneer of humor. As he desperately tries to shake what he terms his “beet salad heritage” and make peace with his parents’ questionable parenting skills, Shteyngart’s affecting memoir shows just how insidiously our past shapes us -- in both good ways and bad. That kid on the cover has sure ended up going places!

A longer review of this book will be published in the February 5 issue of The BookBrowse Review. Thank you to the publishers for an ARC.

Posted by Booksnfreshair at 6:07 PM No comments: 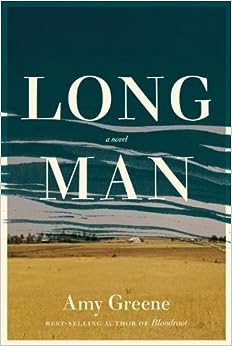 The wash of clouds sweeping over hardscrabble plains, mirrors Long Man, the river that winds its way through Yuneetah, Tennessee, the setting for Amy Greene’s graceful novel. The construction of a dam promises positive change but not all can readily let go of a land they are deeply rooted to. Set in the 1930s, against the backdrop of a child’s disappearance, the plot’s tempo rises as steadily as the floodwaters. This finely wrought -- if occasionally melodramatic -- novel shows how the temperamental Long Man etches not just the gorgeous countryside but practically every aspect of the struggling characters’ lives.

A longer review of this book will be published at Mostlyfiction.com. Thank you to the publishers for an ARC.
Posted by Booksnfreshair at 12:32 PM No comments:

On Such a Full Sea by Chang-rae Lee 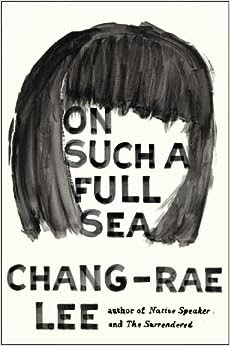 The “curtaining sway of hair” that frames the cover of Chang-rae Lee’s phenomenal On Such a Full Sea, belongs to its protagonist, Fan. But the life story that fuels her myth is one for all of B-Mor, the closed community where Fan lives until she escapes in search of true love. As we follow Fan on her travels, Lee paints a devastating and eerie picture of an America that has lost its moral moorings. Dystopian fiction this might be, but its take on class and society also makes Sea a deeply political animal. It is Lee’s most compelling work yet.

A longer review of this book was published in the January 22 issue of The BookBrowse Review.
Posted by Booksnfreshair at 12:30 PM No comments:

Email ThisBlogThis!Share to TwitterShare to FacebookShare to Pinterest
Labels: Chang-rae Lee, dystopian fiction, Literary Fiction, On Such a Full Sea

2013 was a remarkable year for reading, even if it wasn't much to write home about otherwise. Here's what I read. I made some time to re-read some of my favorites including Dart League King and A Friend of the Family. Needless to say, highly recommend these two and the ones marked with an asterisk below.

*A Friend of the Family by Lauren Goldstein
The Fun Parts by Sam Lipsyte
Encyclopedia of a Life in Russia by Jose Manuel Prieto
Gulp: Adventures on the Alimentary Canal by Mary Roach
Double Feature by Owen King
Save Yourself by Kelly Braffet
The Burgess Boys by Elizabeth Strout
*The Interestings by Meg Wolitzer
*Life After Life by Kate Atkinson
Night Film by Marisha Pessl
A Map of Tulsa by Benjamin Lytal
*You Are One of Them by Elliott Holt
Where'd You Go, Bernadette by Maria Semple
*Beautiful Ruins by Jess Walter
*Tenth of December by George Saunders
The Lullaby of Polish Girls by Dagmara Dominczyk
Z; A Novel of Zelda Fitzgerald by Therese Ann Fowler
All That Is by James Salter
*The Lowland by Jhumpa Lahiri
*Salt, Sugar, Fat: How the Food Giants Hooked Us by Michael Moss
This Close by Jessica Kane Francis
Overbooked: The Exploding Business of Travel and Tourism by Elizabeth Becker
*A Constellation of Vital Phenomena by Anthony Marra
King of Cuba by Christina Garcia
*Transatlantic by Colum McCann
The Explanation for Everything by Lauren Grodstein
The Flamethrowers by Rachel Kushner
Snapper by Brian Kimberling
*The Riddle of the Labyrinth: The Quest to Crack an Ancient Code by Margalit Fox
*On Such a Full Sea by Chang-Rae Lee
*The Unwinding: An Inner History of the New America by George Packer
*The Dart League King by Keith Lee Morris
The Sound of Things Falling by Gabriel Juan Vasquez
Helium by Jaspreet Singh
Anything That Moves: Renegade Chefs, Fearless Eaters and the Making of a New American Food Culture by Dana Goodyear
Pig's Foot by Carlos Acosta
The Woman Who Lost Her Soul by Bob Shacochis
*The Luminaries by Eleanor Catton
Before I Burn by Gaute Heivoll
Jeeves and the Wedding Bells by Sebastian Faulks
The Race Underground: Boston, New York, and the Incredible Rivalry That Built America's First Subway by Doug Most
*Orfeo by Richard Powers
*Bobcat and Other Stories by Rebecca Lee
Crapalachia: A Biography of Place by Scott McClanahan

Posted by Booksnfreshair at 6:16 PM No comments: