Review: The Forgiven by Lawrence Osborne 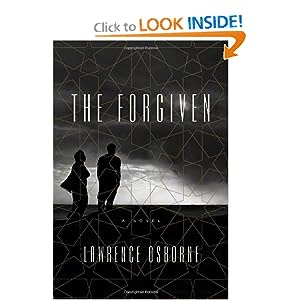 At its core The Forgiven sets out to be a story about the clash of values - between east and west. But the Westerners at least, seem so tone-deaf to the cultural mores of Morocco that clashes, if any, seem contrived...What Osborne really succeeds in doing is writing a terrific travelogue - which is unsurprising considering that he is an experienced travel writer. The Moroccan desert comes superbly alive in the novel - every detail is meticulously outlined...The novel is worth reading for this reason alone.

The rest of the review is at BookBrowse.
Posted by Booksnfreshair at 11:49 PM No comments:

Review: The Garden of Evening Mists by Tan Twan Eng 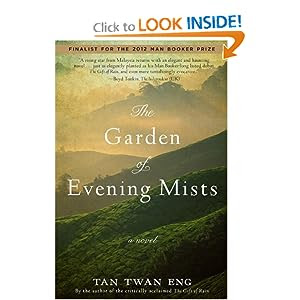 Early on in the evocative new novel, The Garden of Evening Mists, the protagonist Teoh Yun Ling comes across an arresting pair of statues in her friend's tea estate gardens. It is only fitting that one of them is Mnemosyne, the Greek goddess of memory. The other one, Teoh Yun Ling is told, is her twin, the goddess of forgetting. This vignette might well capture the premise of this fantastic novel by Malaysian author Tan Twan Eng - that we spend almost our entire lives trying to find harmony between the twin pillars of memory and forgetfulness.

The rest of my review is at BookBrowse.
Posted by Booksnfreshair at 5:59 AM No comments:

Review: Consider the Fork: A History of How We Cook and Eat by Bee Wilson 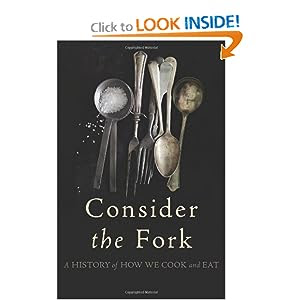 I can never remember my grandmother without remembering the smoke-filled kitchen she worked in day in and day out. One of her best creations was rasam, the lentil broth soup that is the cornerstone of South Indian cooking. It wasn't until I tried my hand at recreating the dish in the heat of her kitchen that I realized what a precise science the dish was, even though grandma seemed to churn it out daily with such nonchalance. The secret ingredient she swore by? A special pot called an eeya chombu, made with an alloy containing tin and other metals. My ninth grade self didn't realize that eeya chombu translated to "melting pot" - quite literally. Venturing into the kitchen one day while grandma was having a shower, I decided I would surprise her with a rasam of my own. I could do it. I had seen her make it many times, after all. But to my horror, as the soup gradually began to simmer and then violently boil over the untamed fire, the pot simply melted away. Not only had I lost my rasam but also my grandma's precious pot! Grandma, bless her soul, took in the scene of the crime with an extra dose of equanimity and Dad replaced the pot that very evening. All's well that ends well and my accident was forgiven and forgotten.

It was that temperamental kitchen tool - my grandma's eeya chombu pot - that I was reminded of while reading Bee Wilson's fascinating historical account of the implements we use in working with one of humankind's most basic drivers - food.

The rest of my review is at BookBrowse.
Posted by Booksnfreshair at 5:57 AM No comments:

Review: Detroit City is the Place to Be by Mark Binelli 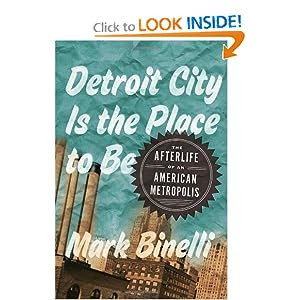 When Mark Binelli, a native of Detroit, and general assignment reporter, began work on a book about the city, one of his interview subjects asked him if the book was going to be fiction or non-fiction. "Non," Binelli replied. Binelli writes about the guy's reaction: "He snorted and said, 'No one's gonna believe it.'"

A large portion of Binelli's engaging book, Detroit City is the Place to Be, covers the stuff that "no one's gonna believe." No one, for example, is likely to believe that a once thriving boomtown had gone into such utter and total ruin. Large swathes of empty land, horrendous crime rates, and unemployment – if these issues are bad in urban areas around the country, they are much, much worse in Detroit. "If, once, Detroit had stood for the purest fulfillment of U.S. industry, it now represented America's most epic urban failure, the apotheosis of the new inner-city mayhem sweeping the nation like LSD and unflattering muttonchop sideburns," Binelli writes.

The rest of the review is at BookBrowse.
Posted by Booksnfreshair at 5:48 AM No comments: