Review: The Leftovers by Tom Perrotta 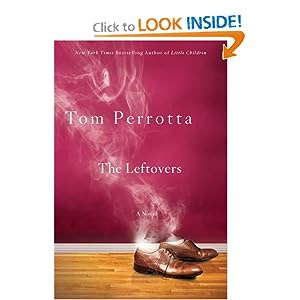 On May 21, 2011, many Christians waited for an event, the Rapture, which was to physically transport them to their savior, Jesus Christ. Spurred on by a minister in California, Harold Camping, many were disappointed when the event they were confident was to happen, just never came to pass.
In his new book, author Tom Perrotta explores the what-ifs of what eventually turned out to be a non-event. What if an event like the Rapture did happen? What happens to the people who get left behind, the Leftovers? If Perrotta’s vision were to come true, most of the people who get left behind resort to their own special brand of religious fanaticism.


Perrotta’s latest novel, The Leftovers, is set in the fictional bedroom community of Mapleton with the mayor Kevin Garvey, pretty much taking center stage. The book picks up a couple of years after millions of people suddenly disappear one fall morning and the leftovers are still struggling to cope with this devastating loss. This seismic event is somewhat dissimilar from the Rapture in that the people who disappear include many non-Christians and non-believers.

The rest of the review is here.
Posted by Booksnfreshair at 8:09 AM