Review: The Newlyweds by Nell Freudenberger 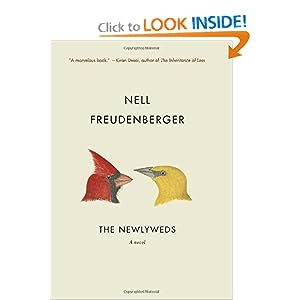 They say inspiration strikes in the unlikeliest of places. Years ago, author Nell Freudenberger met a young Bangladeshi woman on a flight. As it turns out, this new immigrant, who would later become Freudenberger's friend, was traveling to the United States to marry an American man she had only met online. Years later, this real-life story became the basis for Freudenberger's short story "An Arranged Marriage," published in The New Yorker. With her friend's permission, that same story has come to form the heart of Freudenberger's second novel, The Newlyweds.

The rest of the review is here.
Posted by Booksnfreshair at 8:28 AM