The Ireland that is the setting for Paul Murray’s delightful novel Skippy Dies, is not the one crippled by debt and threatening to bring down the Euro. Instead, the novel is set in the not-so-distant past when the roaring Celtic Tiger was a prominent player on the world economic stage. Skippy Dies is set in an Ireland where the “past is considered dead weight—at best something to reel in tourists, at worst an embarrassment, an albatross, a raving, incontinent old relative that refuses to die.”

The rest of the review is here.
Posted by Booksnfreshair at 9:19 AM No comments:

No matter where she lives in the world, a girl greets her first period with a mixture of dismay, joy, relief and apprehension. Even if it is an essential rite of passage for all women, the event is often shrouded in embarrassment and talk about periods is shared in hushed whispers. Until now. An amazingly simple idea—essays about first periods from a variety of women—forms the basis of My Little Red Book edited by young Rachel Kauder Nalebuff who will soon start her undergraduate studies at Yale.

The rest of the review is here.
Posted by Booksnfreshair at 9:13 AM No comments:

Review: May We Be Forgiven by A. M. Homes


The family that runs much of the action and is cobbled together in A.M. Homes’s new novel, May We Be Forgiven, sounds like one from television’s Modern Family. “Dad” is Harry, an uncle who has custody of his niece and nephew; an orphaned Hispanic boy is tossed into the mix, and an elderly couple fills in as grandparents. The central event that throws all these people together is an accident: it is shortly after Thanksgiving when George (Harry’s younger brother and a successful television executive) kills a husband and wife in a car accident. It turns out that George has come apart and he is sent to a series of mental facilities to recuperate. Brother Harry is given charge of the two children, Nathaniel (Nate) and Ashley. Torn by guilt, Nate insists that they also adopt Ricardo, the boy who was orphaned as a result of the accident.

Thank you to the publishers for a copy made available through NetGalley.
Posted by Booksnfreshair at 9:47 AM No comments:

Email ThisBlogThis!Share to TwitterShare to FacebookShare to Pinterest
Labels: A.M. Homes, Dysfunctional families, Literary Fiction, May We Be Forgiven

Review: Daughters of the Revolution by Carolyn Cooke

Carolyn Cooke is a master of the short story form—she won the O. Henry Award for her collection, The Bostons. Cooke’s debut novel, Daughters of the Revolution, is also set in New England in the late 60’s, in a town called Cape Wilde.

The epicenter of much of the action, even if it might not seem so at first, is the Goode School—a prep school for boys. Principal Goddard Byrd, known simply as “God,” is absolutely against allowing co-education in his school. “Over my dead body” is his constant refrain when asked about it.

The rest of the review is here.
Posted by Booksnfreshair at 9:36 AM No comments:

NW might be set in (northwest) London, but its central question, about the pathway to success, is one that is increasingly the subject of public discourse across the pond. How much does place play into the people we become? Does race matter? How complex is the web of socio-economic factors that one must negotiate to achieve success in life? What does success even mean? These are the complex questions that the talented Zadie Smith looks to explore in NW.

The setting is one that Smith, who grew up in the area, knows like the back of her hand. It is one that Smith has visited before to great success in her previous novels, especially in her spectacular debut, White Teeth. The neighborhood is itself a living breathing character in the book: “Ungentrified, ungentrifiable. Boom and bust never come here. Here bust is permanent.”

The rest of the review is here.
Posted by Booksnfreshair at 10:46 AM No comments:

Visit the website for the National Park Service and you will find that the Elwha River Restoration project is a key one for the Olympic National Park in Washington state. “Elwha River Restoration will restore the river to its natural free-flowing state, allowing all five species of Pacific salmon and other anadromous fish to once again reach habitat and spawning grounds,” the project literature explains.

It is with this kernel of truth that writer Jonathan Evison spins a grand tale in his new novel, West of Here. The novel essentially looks at environmental decisions made during the late 1800s, when the American frontier moved rapidly west, and land grabs were in full swing—and the consequences of those same decisions more than a hundred years on.

The rest of the review is here.
Posted by Booksnfreshair at 10:47 AM No comments:

It was during the 2008 presidential race that author Christopher Buckley’s delightful novel, Supreme Courtship, was released. Presciently, in the book, he had pitted two characters against each other: a senator who had run for president, served as chairman of the Senate Judiciary committee, and who “just couldn’t shut up,” against a “glasses-wearing, gun-toting television hottie.” Months after the novel was conceived, Governor Sarah Palin turned out to be a nominee for Vice President running against then Senator Joe Biden. It truly was a case of life imitating fiction, Buckely later recalled in an interview. “I am announcing my retirement from satire,” he joked.

This “anything can happen here, it’s Washington” attitude also permeates a much buzzed about new novel, O, by a Washington insider who prefers to remain anonymous.

The rest of the review is here.
Posted by Booksnfreshair at 10:43 AM No comments:

It was more than one hundred years ago that H. G. Wells penned the science fiction classic, The Invisible Man, which subsequently paved new paths in the horror genre. The idea of a mad scientist who makes himself invisible and becomes mentally deranged as a result, is one that has taken root in popular culture ever since.

In his genre-bending new novel, Chuck Klosterman borrows the essential elements from Wells’ classic with some modifications. For one thing, he fixes the science. There has been some discussion that a truly invisible man would have been blind whereas Wells’ lead character, Griffin, clearly was not. So Klosterman’s protagonist, referred to simply as Y_, is not invisible — he is the visible man. But Y_ , much like Griffin, has an ability to make himself invisible to others.

Posted by Booksnfreshair at 9:37 AM No comments:

From the looks of it you could never tell that the beautiful Torres-Thompson home in fancy Laguna Rancho Estates, is on the cusp of unraveling. But look closely and you can see the edges of the tropical garden coming undone, the lawn not done just right; and these are merely the symptoms of greater troubles. For the couple Scott Torres and Maureen Thompson the country’s financial crisis has come knocking, even in their ritzy Los Angeles neighborhood.

The rest of the review is here.
Posted by Booksnfreshair at 9:32 AM No comments:

Review: The Heart Broke In by James Meek 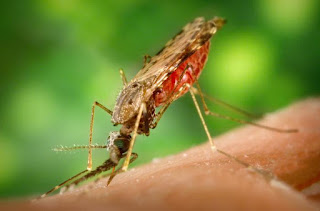 In The Heart Broke In, Rebecca Shepherd, one of the main characters, is a scientist who discovers a potential vaccine for malaria that is 50% effective. In 2011, such a vaccine was announced to the public much to the delight of the world health community. While vaccines for other common diseases such as polio and measles have much greater efficacy, the 50% reduction is still considered a milestone in a disease that has been hard to manage and that has been with humanity for more than 500,000 years.

Malaria is caused by a single-celled parasite from the genus Plasmodium. Four d
ifferent kinds bring about malaria in humans, each with a slightly different set of symptoms. Efforts to control the disease have in the past included spraying with DDT, a toxic insecticide that kills mosquitoes, the vector for the parasite. DDT-resistant mosquitoes are now everywhere and the most reliable defense against malaria until recently has been the regular use of mosquito nets. The Nothing But Nets campaign is a global grassroots campaign that works to educate people about the reliability and efficacy of mosquito nets.

The Bill and Melinda Gates, which has been known to fund large chunks of malaria research through grants made to the non-profit PATH Malaria Vaccine Initiative, made the complete eradication of malaria a priority. It has been argued that this goal is esoteric and might be near impossible to achieve. Funding for the malaria vaccine research was underwritten by the foundation and by Glaxo Smith Kline which has said that it will work on producing the vaccine at the lowest possible costs so it will be accessible to the most needy.

The review can be found here.
Posted by Booksnfreshair at 8:29 AM No comments:

One of Zeke Pappas’s biggest heroes is Joseph Cornell, an artist who created “assemblages”—most of Cornell’s work were glass-fronted boxes filled with a stunning variety of found objects. Zeke loves Cornell because he “devoted his life to the collecting the unhappy scraps left behind by others and trying to distill them and make sense of them. Cornell’s work to me is about our abandonment of joy, about our reckless inability to hold on to something meaningful. This is an attempt to find meaning—no, to find magic—in our collective dross, in the castoff and the forgotten,” Zeke says during one of his annual visits to the Cornell boxes collection at the Art Institute of Chicago.


The rest of the review is here.
Posted by Booksnfreshair at 8:13 AM No comments:

Review: The Leftovers by Tom Perrotta


On May 21, 2011, many Christians waited for an event, the Rapture, which was to physically transport them to their savior, Jesus Christ. Spurred on by a minister in California, Harold Camping, many were disappointed when the event they were confident was to happen, just never came to pass.
In his new book, author Tom Perrotta explores the what-ifs of what eventually turned out to be a non-event. What if an event like the Rapture did happen? What happens to the people who get left behind, the Leftovers? If Perrotta’s vision were to come true, most of the people who get left behind resort to their own special brand of religious fanaticism.


Perrotta’s latest novel, The Leftovers, is set in the fictional bedroom community of Mapleton with the mayor Kevin Garvey, pretty much taking center stage. The book picks up a couple of years after millions of people suddenly disappear one fall morning and the leftovers are still struggling to cope with this devastating loss. This seismic event is somewhat dissimilar from the Rapture in that the people who disappear include many non-Christians and non-believers.

The rest of the review is here.
Posted by Booksnfreshair at 8:09 AM No comments: